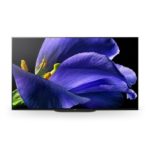 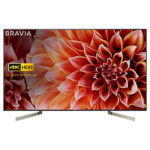 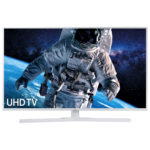 Smart TV – Allows you to stream music and videos, browse the internet and view photos

Amazon Alexa– Interact with your TV through an Alexa device and use your voice to control your viewing experience.

This TV comes with a Sony Warranty.

Featuring stunning OLED picture technology and Sony’s innovative Acoustic Surface sound, the Sony KD65AF8 is at the cutting-edge of TV.

The reference standard for picture brilliance – OLED
Backlighting technology is a thing of the past with OLED. Instead of using various arrays of LEDs to light an LCD display, OLED uses over eight million self-illuminating pixels for sensational image quality. With self-illuminating pixels, you get outstanding contrast. Blacks are far deeper than LED displays and corresponding whites much brighter. For the ultimate in realism, OLED is where it’s at.

Dolby Vision for dramatic imaging
Dolby Vision optimises the HDR format to give quite simply the sharpest, most accurate images possible. Dolby vision-equipped TVs decode both generic HDR content and content that’s specifically been encoded in Dolby Vision – a leading format in Hollywood and cinemas. Dolby Vision also adjusts the picture to take full advantage of each display’s characteristics and presents an optimized picture for each scene in specially mastered content. (Available via a future firmware update).

HDR10 and HLG
As well as Dolby Vision, this 65″ Sony OLED TV also offers decoding for HDR10 and HLG. HDR10 is widely used on UHD gaming consoles from Sony and Microsoft. HLG (Hybrid Log Gamma HDR) is a broadcast and user generated standard format that is set to become the standard for transmitting 4K signals.

The sound of Acoustic Surface
Unlike most TV’s, the Sony KD65AF8 doesn’t use conventional speakers; it simply makes the screen move with the sound! By using twin actuators at the rear of the screen, the whole surface acts as one, cohesive speaker. As well as improving the looks, it also means the sound is more accurately located to the image, giving more believable dialogue sync. To give explosive sound tracks the full force they deserve, a small subwoofer in built into the rear of the cabinet.

Voice Search and Content Bar for effortless searching
Even with such a massive range of content, finding what you want is always easy. Voice Search means you simply say what you’re looking for and let Android TV find it for you. The unobtrusive content bar quickly lets you find the movie, TV show or video you’re after. Call up the Content bar and you can keep watching, while you scan through live TV, on demand, downloaded TV shows and more.

There are no reviews yet.

Only logged in customers who have purchased this product may leave a review. 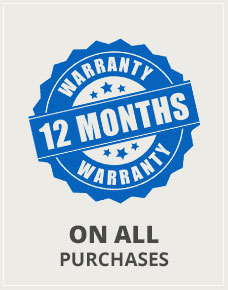 This website uses cookies to improve your experience while you navigate through the website. Out of these cookies, the cookies that are categorized as necessary are stored on your browser as they are essential for the working of basic functionalities of the website. We also use third-party cookies that help us analyze and understand how you use this website. These cookies will be stored in your browser only with your consent. You also have the option to opt-out of these cookies. But opting out of some of these cookies may have an effect on your browsing experience.
Necessary Always Enabled
Necessary cookies are absolutely essential for the website to function properly. This category only includes cookies that ensures basic functionalities and security features of the website. These cookies do not store any personal information.
Non-necessary
Any cookies that may not be particularly necessary for the website to function and is used specifically to collect user personal data via analytics, ads, other embedded contents are termed as non-necessary cookies. It is mandatory to procure user consent prior to running these cookies on your website.
SAVE & ACCEPT
10% off EVERYTHING

This weekend only get a further 10% discount on ALL products

Use the code extra10